A Virtual Tour of Culver City with Steven Ehrlich

As the home of EYRC’s Los Angeles studio, Culver City holds a special place in the firm’s heart. Over the years, the firm has completed a number of stunning and influential projects within the city, from the recently completed Culver City Steps to the Stoneview Nature Center, Kirk Douglas Theatre, Sony Child Care Center, Ivy Station, and more.

Below, founding partner Steven Ehrlich takes us on a virtual tour of Culver City. This tour features areas of cultural significance, as well as a number of architecturally interesting sights. The video was created in partnership with LA Design Festival, all virtual for 2020.

8 Places that Inspire Us in Culver City 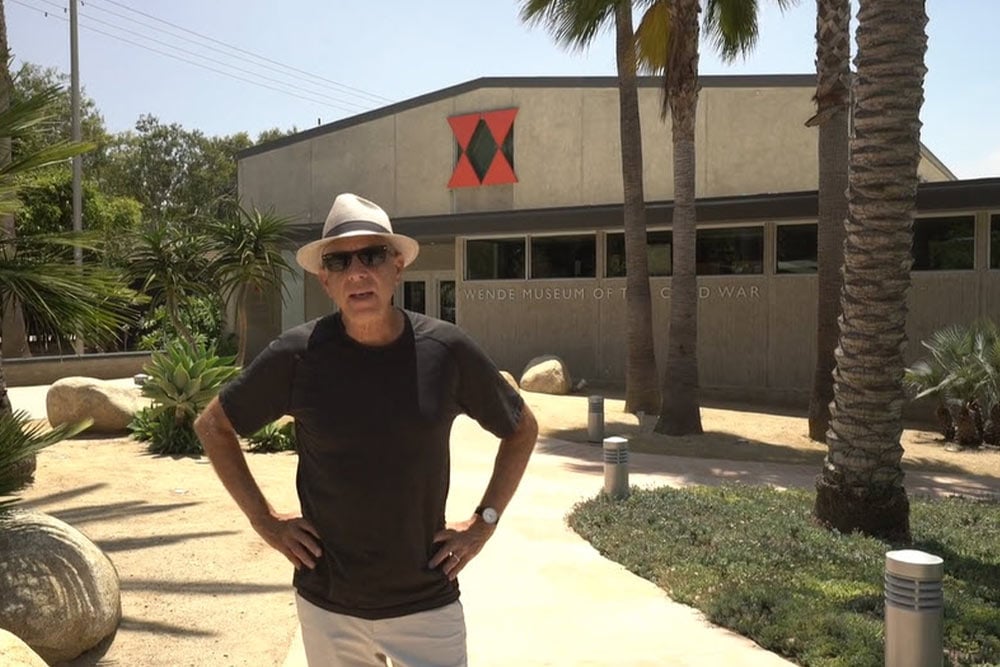 The Wende Museum of the Cold War was originally conceived of as a means of preserving artifacts from the Cold War Era. It currently houses more than 100,000 pieces, including artifacts, personal histories, and archives. While founder Justinian Jampol began building the collection in the 1990s, the museum did not open for public viewing until November of 2017.

“It’s a fairly new institution in the city, but it really adds a lot to the depth of our city,” says Ehrlich.

The museum is interesting from an architectural standpoint as well, existing in a repurposed and redeveloped National Guard Armory Building in Culver City. The result is that a historically important site was given new life and new purpose.

The Kirk Douglas Theatre, originally known as the Culver Movie Palace, was built in 1947 in a style similar to Art Deco. While an icon of the city, the building, no longer used, fell into dereliction and disrepair in the 1980s. In 2004, EYRC partnered with the Center Theatre Group and the Culver City Redevelopment Agency to renovate the building and effectively bring it back to life as a cultural institution for the city.

“One of the really interesting things about the interior is that we actually built a brand new, legitimate theatre inside the shell of this existing building,” says Ehrlich. “You can sort of think of it like a series of Russian nesting dolls that fit together.”

In addition to completely revamping the interior of the structure, a number of exterior enhancements were made as well. The neon marquee and sign tower were restored, the original terrazzo floor entry was rehabilitated, and the ticket booth and poster cases were refurbished in a manner that is historically accurate with the style of the building. 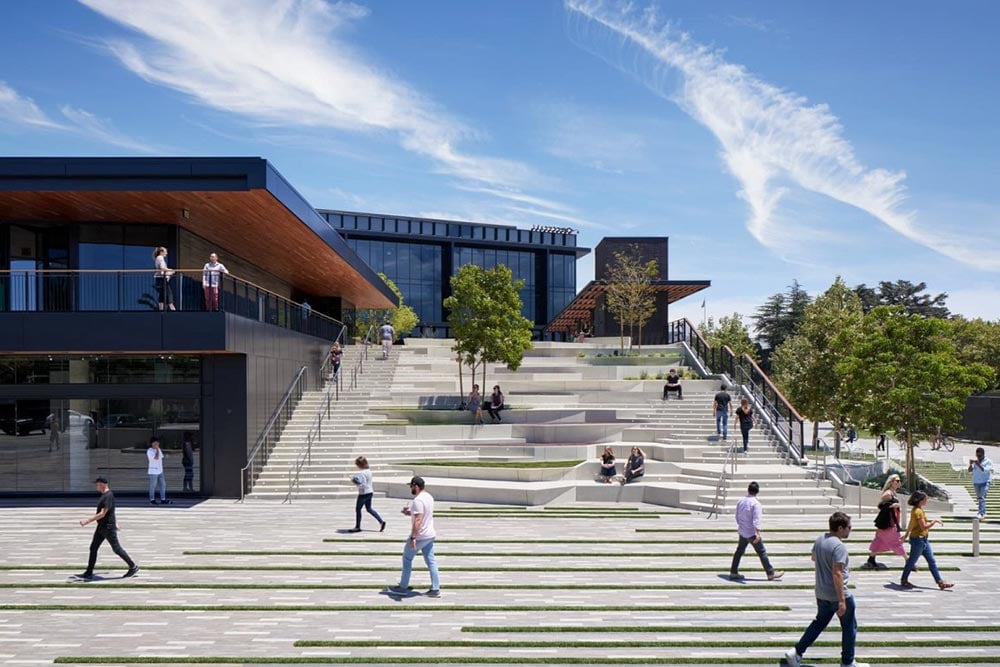 The Culver Steps are located right in the heart of downtown Culver City next to the Culver Hotel, which was built by the founder of the city, Harry Culver.

“The Steps are a mixed-use project that we’ve been working on for a while, and which is now open to the public, though not fully open due to COVID-19,” says Ehrlich. “It was designed with the understanding that this is a public-private partnership.”

As such, the site includes 75,000 square feet of office space on the top three floors which is completely occupied by Amazon Studios. The ground floor features a variety of retailers and restaurants, while the steps themselves form a plaza and gathering place for the public. This fact can be seen in the way in which a number of interesting and compelling details were woven throughout the site to bring joy to those who gather here.

The Platform was designed by Trevor Abramson. The site features an incredible paseo that encourages activity and the gathering of different people, and which runs between a number of popular restaurants and shops.

In practice, the Platform is something like an inverted mall, with all of the circulation taking place outside instead of inside. In this sense, it becomes an inward facing, small-scale curation where the community can gather and comingle. Interesting landscaping, including a series of courtyards, makes the location a pleasant experience.

“It’s proven to be a very successful project,” says Ehrlich. You can frequently find the EYRC crew dining at Roberta’s or Bianca Bakery! 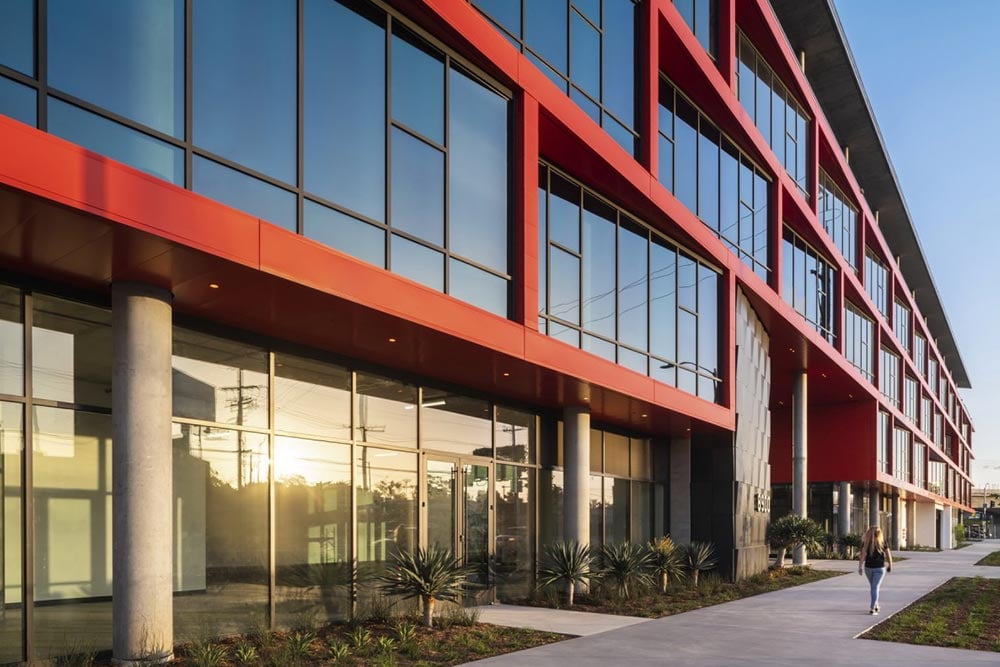 Ivy Station is the stop on the Metro Expo Line that is located right in Culver City. The Ivy Station Transit-Oriented Development (TOD) is a project that EYRC designed to have a bold presence on busy Venice Blvd. with a red, sawtooth metal skin.

“The Metro has been open for a few years now, and it’s been a complete game-changer for the city,” says Ehrlich. “Many establishments want to be within walking distance of the Metro line, and the Culver Steps and downtown Culver City are just an eight-minute walk away.”

It was constructed with both beauty and sustainability in mind; as such, generous overhangs, beautiful in their own right, shield the interior from the sun. Meanwhile, large roll-up doors allow the interior to be opened up to nature, reducing the boundaries between indoor and out. 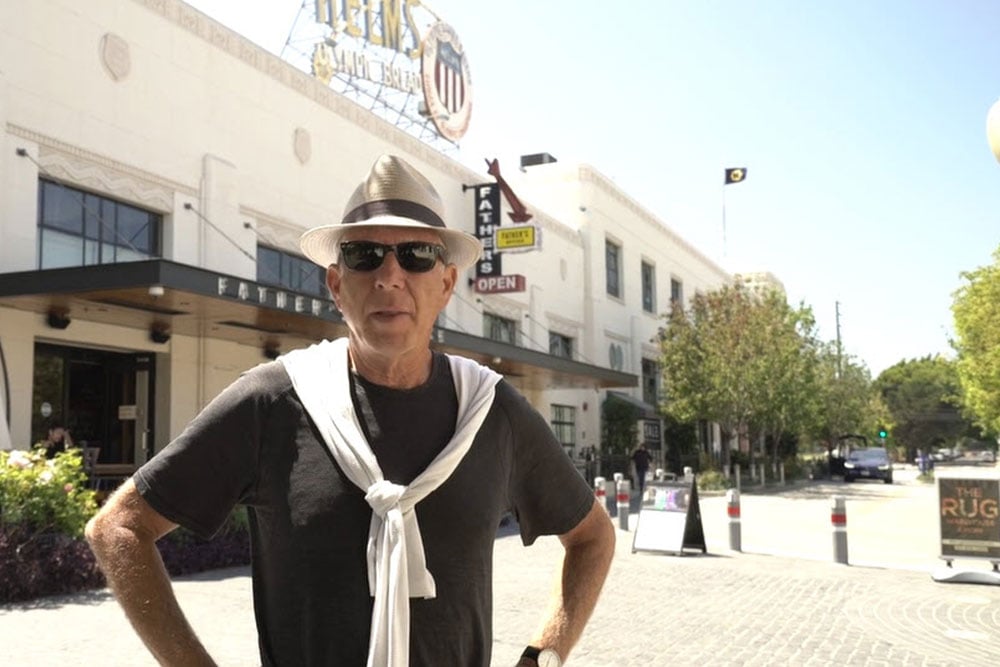 The Helms Bakery used to be a functioning bakery, but the site now features a wonderful mix of restaurants like Lukshon, Father’s Office, and Pasta Sisters, as well as retailers such as H.D. Buttercup and Arcana Books.

“Arcana Books is such a wonderful little art and architecture bookstore,” says Ehrlich. “I would encourage everyone to go there.”

The site also features a computerized, multi-level parking structure, which Ehrlich says is the beginning of a new age of parking for LA. 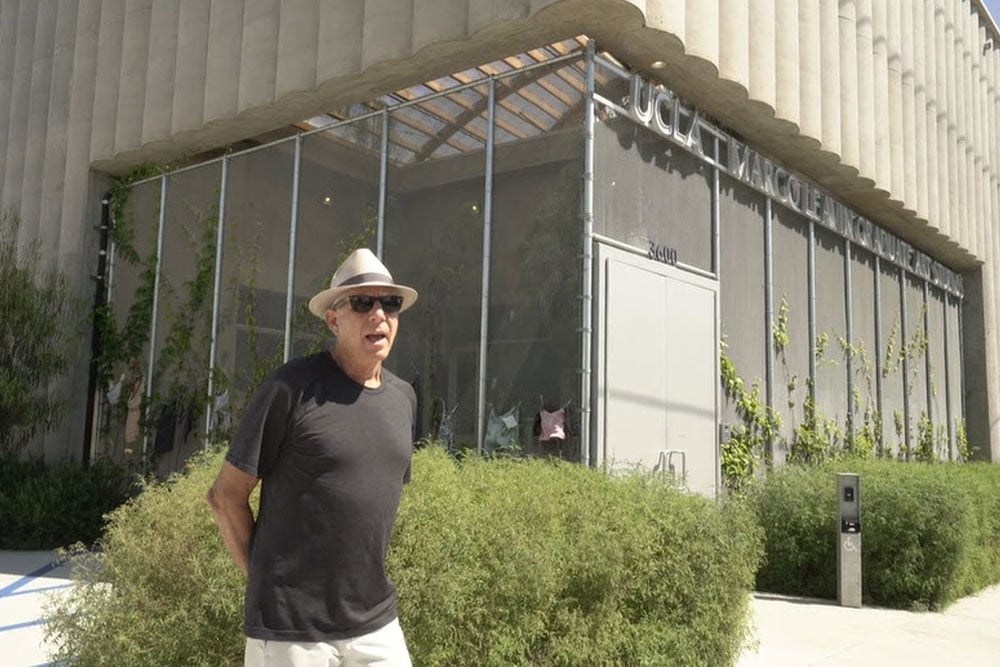 The UCLA Graduate School of Art is located in Culver City in the Hayden Track. The building was designed by Mark Lee and Sharon Johnston, and features cast-in-place concrete.

“It’s really special because it’s taking an old building and adaptively reusing it for what is fundamentally an artist’s studio complex,” says Ehrlich. “The art going on inside is fantastic, it’s energizing, it’s emblematic of the wonderful colleges and universities that we have in art and architecture in California.”

The building is across the street from the restaurant Vespertine, which is an integrated food and architecture experience and well worth a visit. 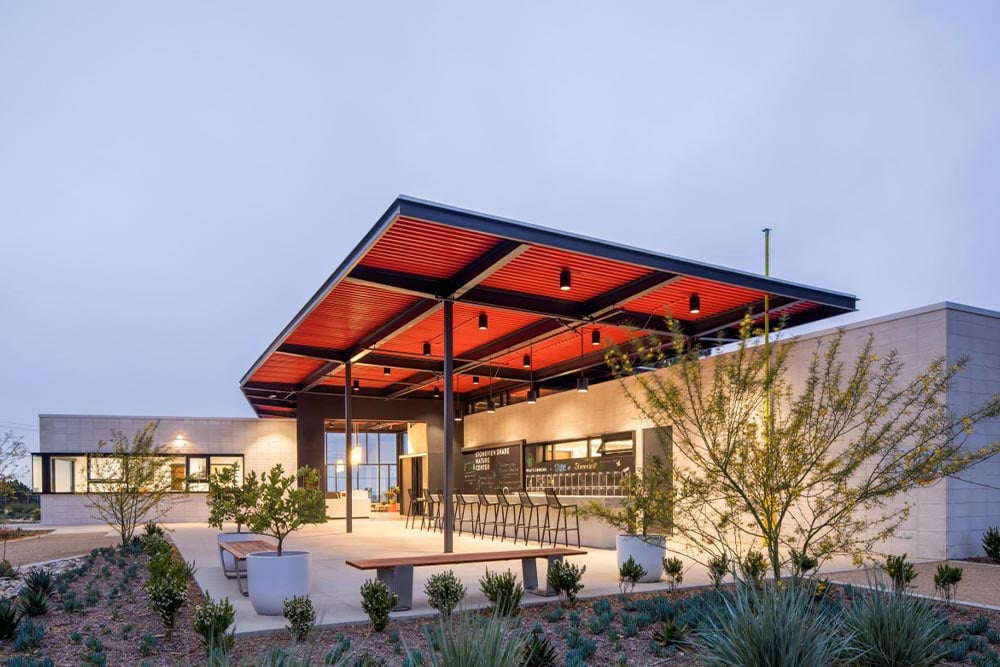 The Stoneview Nature Center’s story is an interesting one, as the site is in the Blair Hills on a former oil field. The nature center consists of a bird sanctuary, gardens, and other public spaces, and forms an important note along the “Park to Playa” trail, which runs from the heart of Culver City through the Marina del Rey.

“We took this piece of land and turned it into a little park,” says Ehrlich. “We reclaimed the soil and did a lot of remediation, and it’s now a public park.”

A Means of Being Connected

Despite the challenges that LA, Culver City, and the world as a whole are facing due to the COVID-19 pandemic, Ehrlich notes that the stops along this tour convey a strong message about connectivity and communities being woven together.

“I love LA because it’s such a potpourri of people and ideas and culture and food and architecture and art,” Ehrlich says. “Everything commingles and splits and comes back together in new ways. It’s just so exciting for me to be a part of this city.”