4 Modern Houses With Flat Roofs to Inspire Your Design 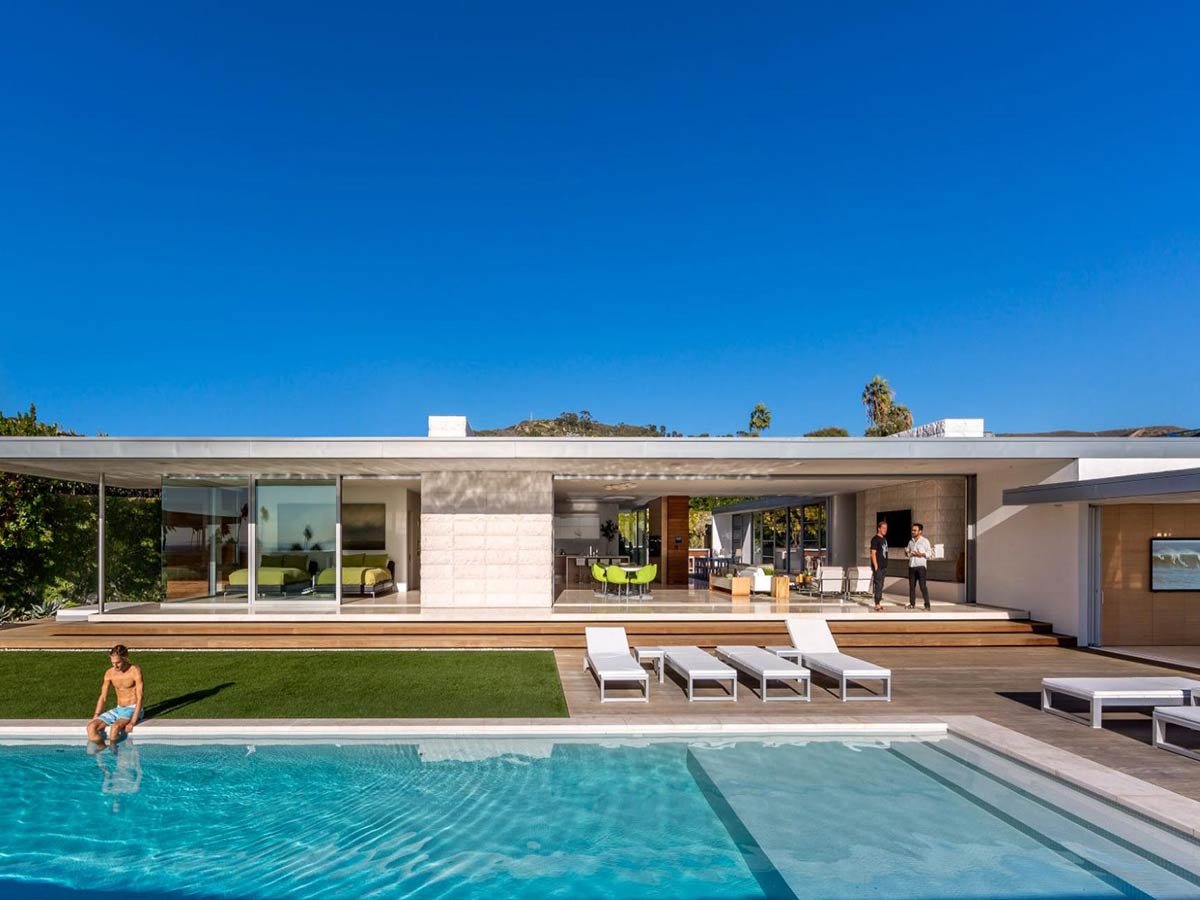 When it comes to designing your modern home, it’s easy at first blush to overlook the roof. After all, it’s a roof—how much of a difference can it make?

But once you step back and actually think about it, the implications become clear. Your home’s roof doesn’t only provide shelter over your head; it also contributes significantly to the shape, form, and profile of the house. As such, the roof is really an integral piece of your custom design, and something that should be considered alongside all of the other elements.

In colder climates or mountain regions it is common to find homes with pitched roofs, for the simple fact that this structure reduces the amount of snow and ice that accumulates on the home in the winter months. But in warmer climates like we have here in much of Southern California, where snow is more a very occasional novelty than a regular threat, pitched roofs are much less necessary. It’s for this reason, among others, that many of the most iconic examples of california modernism feature flat roofs.

Below is a look at the role that flat roofs play in modern home design, as well as four examples of modern homes with flat roofs that you can use to inspire your own residential project.

There are many reasons that you might consider a flat roof for your modern home project.

First, from the design perspective, a flat roof plays a number of roles. Clean lines are an important part of modern design, and leveraging a flat roof helps to create and preserve these lines in a way that a pitched roof might not. Because the roof is flat, as opposed to pointed or sloped, it also reduces the profile of the home when viewed from afar. This preserves the landscape because it is a minimal gesture, and helps the home to feel more connected to its site. In this sense, leveraging a flat roof is one of the more obvious ways that a homeowner and an architect can create an architectural artifact that is in juxtaposition with the environment and nature.

Leveraging a flat roof can also contribute a number of utilitarian benefits. For example, by positioning the roof at the height limit of the lot, you can maximize the ceiling height in the home and, by consequence, the interior volume of the space—something that can’t be achieved with a sloping roof. Additionally, this creates a sense of a continuity of spaces—whether from room to room, space to space, or even from indoors to outdoors.

The Irvine Cove residence is an excellent example of how a flat roof can be leveraged to maximize the space of the home. The house is built on a site with stunning views of the Pacific Ocean. Due to this, and the fact that the neighborhood association had a strict height limit as to not obstruct neighbor’s views, we worked within the constraint of an 11 foot height limit.

Beyond this, the roof is itself an important piece of the home’s design, as it forms a single horizontal plane under which all of the home's spaces exist. Supported by stone masses and slender columns, the roof seems almost to float, while simultaneously lending a sense of continuity to the entire space.

The Blue Sail residence was designed with a goal of creating an architecture that is itself open and connected to the outdoors, while simultaneously muting the architecture and editing it so as to be “quiet” in the landscape. 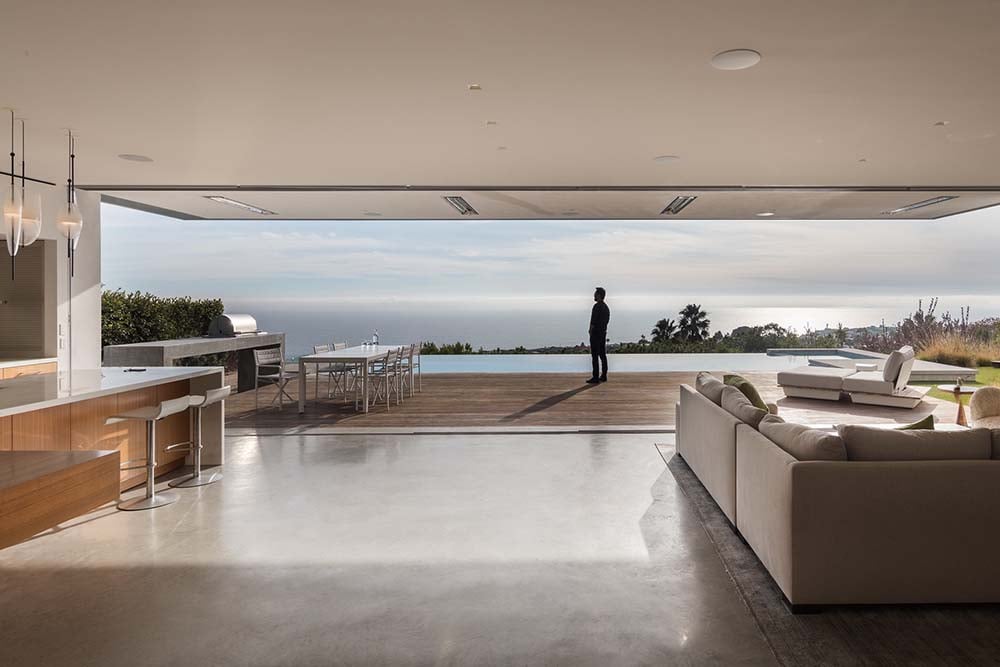 A pitched roof, as discussed above, has a certain form that is self-evident. As such, it takes away from the landscape that the home is situated within, especially when the home is viewed from a distance. Leveraging a flat roof in the design, on the other hand, allowed us to achieve both of these goals.

In comparison to the two examples above, which feature rather low profiles, the Waldfogel residence was not constrained by the same height limits. In this regard, the flat roof if the home plays less of a utilitarian role and more of an aesthetic one, giving the home an interesting form and massing. 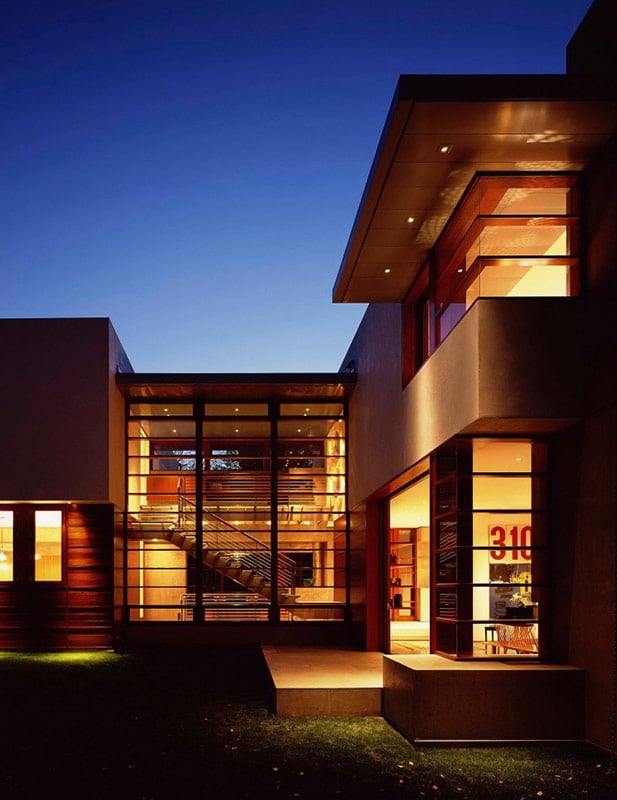 The straight lines of the roof are echoed throughout the home’s design, as well—for example, in the exterior materials used to differentiate between the upstairs and downstairs spaces of the home, as well as in the home’s window design.

Finally, the Spring Road residence is situated in a majestic mountain landscape with stunning 270-degree views of Mt. Tamalpais and San Francisco and surrounded old-growth redwoods and California oaks. As such, it was important for the home to blend in with its environment and not take away from the natural splendor around it. A flat roof made the most sense in this regard. 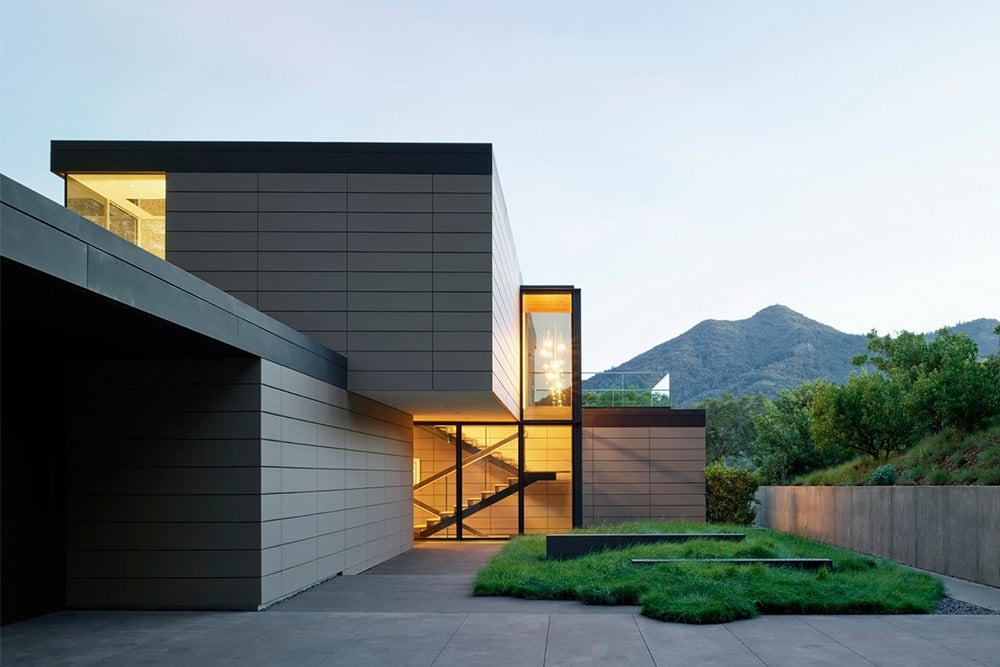 In addition to helping the home feel more connected with its environment, the flat roof also allowed for some interesting massing and geometry, which was echoed in other features throughout the home—for example, the simple rectangular benches in the photo above, and the spa in the photo below.

An Asset, Not an Oversight

Though it is easy at first blush to dismiss the roof as an afterthought to your home’s design, upon further examination it becomes clear that doing so would be a mistake. In addition to its obvious utilitarian role, your home’s roof can help you maximize your space while also becoming a defining characteristic of the design in its own right.